Ionically hydrates and dissolves the scale buildup, resulting in naturally formed softwater, scale-free piping and processing equipment. It helps to neutralize corrosion by binding the hydronium and hydroxyl ions to the water molecules. The result produces a neutralizing effect.

No Degradation, Cross Contamination or Contact with Process Fluids

With millions in R&D, EnviroMagnetics Hard Water Softener (HWS) is the latest generation of the original Monopolar System that broke through the power barrier that has enabled permanent guaranteed, water softening to tens of thousands of home owners worldwide.

The EnviroMagnetics HWS is over 14 times more powerful that the original Monopolar System. Made with extremely strong Neodymium Super magnets, the HWS literally makes the water so soft, all the scale in the plumbing, heater and washing appliances dissolves like sugar and goes down the drain.

Basic hard water contains dissolved solids of calcium salts, mostly calcium bicarbonate which comes from limestone rock. Most people do not know that hard limestone rock is a mineral salt that dissolves in water as TDS (total dissolved solids) which travel up into the plumbing where it reforms as rock scale buildup. This occurs because there is a natural electromotive potential [difference] between the limestone and the water which dissolves the limestone.

The resulting charge between the water and the TDS of calcium is in the negative mV (millivoltage) range. The negative charge creates what is known in physics as “down-spin” which contracts the bond-lengths (distance) between the atoms and molecules making the water denser with higher surface tension. The hard water’s high surface tension allows only so many TDS in its solution until it reaches the saturation point. Once the water’s saturation point is met, any additional soluble calcium is mechanically pushed out of the water to crystallize (nucleate) back into the hard-rock scale buildup known as calcite (shown below in the electron microscope pictures on the web site) inside the plumbing. In heating water (phase change), the greater molecular activity of the heat increases the nucleation is the reason why there is greater scale buildup in heaters or boilers than in the piping.

What EnviroMagnetics Monopolar technology does is increase the water’s solvency and softness by treating it with a positive charge which expands (“up-spin”) the atomic and molecular bonds which substantially reduces the surface tension making the water naturally soft. The lowered surface tension substantially increases the TDS saturation point which naturally hydrates the calcite scale buildup in the plumbing in the same mechanical action when it originally dissolved it in the earth. The increased solvency turns the hard calcite scale into soft aragonite (shown below in the electron microscope pictures on this web page) which dissolves and is carried down the drain. The result is the water is soft and the system is descaled – literally taking the equipment and plumbing system back to pre-scale operating efficiency substantially reducing the heating cost and equipment replacement costs.

Both pictures are the same image resolution scale. About 5 mm corresponds to 1 micrometer.These pictures are before and after (Kulish Monopolar) Magnetic Softener treatment of hard water that is supplied for use in industrial production. Both the normal and treated hard water were left to dry on a substrate and then viewed through an electron microscope for a comparative study. 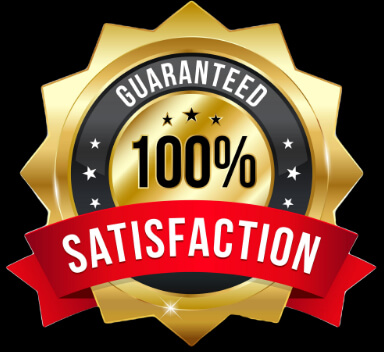 Find us on Social!

Subscribe To Our Newsletter
Subscribe to our email newsletter today to receive updates on the latest news, tutorials and special offers!
We respect your privacy. Your information is safe and will never be shared.